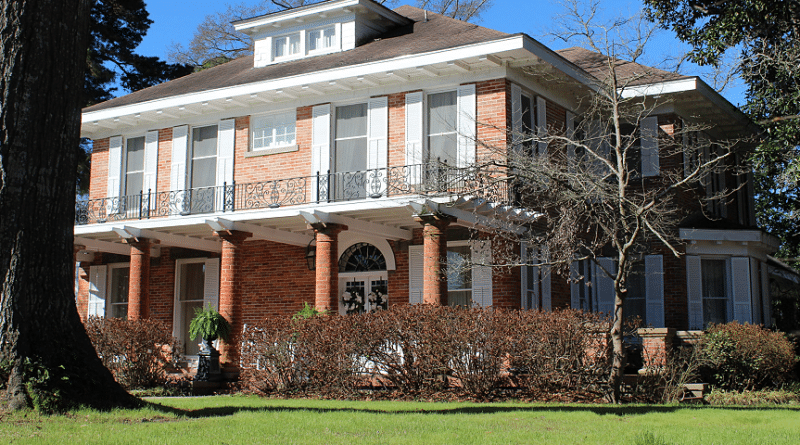 In north central Louisiana, the city of Natchitoches is located along the banks of the Cane River Lake. This idyllic city is the oldest city in Louisiana and even those who’ve never been there might find it looks and feels familiar. Natchitoches has been a prime spot for filming movies through the years and a visit here can bring all those iconic scenes back to life.

Getting to Natchitoches is easy, from Shreveport to the north on I-20 and from Lafayette to the south via I-10, both connecting to Interstate 49. Natchez, Mississippi, to the east and Lufkin, Texas, to the west are both less than a three hour’s drive. Once there, a tour of its trail of film sites is a wonderful addition to time spent exploring the historic downtown district, taking to the waters on the Cane River Queen (103 Beauport Street, Natchitoches, Louisiana 71457; 318-663-7787) or delving into Natchitoches’ rich culture.

This classic Southern town’s film resume is highlighted by its leading role in the 1989 hit movie “Steel Magnolias.” This movie favorite was adapted from a play by local author, Robert Harling. Many of the iconic scenes from the movie, nearly 20 sites, are now part of the “Steel Magnolias” Film Tour. From the wedding (St. Augustine Catholic Church, Louisiana Highway. 493, Melrose), to the funeral (American Cemetery, 2nd Street between Demeziere and railroad tracks) to the Easter egg hunt (Beau Jardin, 800 block of Washington Street), visitors can stand where the actors stood! Guests can even feel like part of the family as the home of M’Lynn and Drum (played by Sally Field and Tom Skerritt) welcomes guests as the Steel Magnolia House (320 Jefferson Street, Natchitoches, Louisiana 71457; 318-581-3138), a bed and breakfast.

While “Steel Magnolias” put Natchitoches on the map as a film location, one classic found this to be the ideal spot years earlier. “The Horse Soldiers,” released in 1959, starred John Wayne, William Holden and Constance Towers. This 1863, fact-based story about a Union mission to destroy a railroad junction deep within Confederate territory was filmed in part at Oakland Plantation (Cane River Creole National Historic Park, 4386 Louisiana Highway 494, Natchez, Louisiana 71458; 318-352-0383 x316). The site is now part of the Cane River Creole National Historic Park.

“The Horse Soldiers” is now one of more than a half dozen movies filmed here and featured on the Natchitoches Film Trail. Six locations are noted as scenes from the popular 1991 movie “The Man in the Moon,” starring Reese Witherspoon. The coming-of-age story was Witherspoon’s film debut.

Historic downtown Front Street was featured in “The Year Without Santa Claus,” starring John Goodman, and scenes from “The Garden Club” were filmed in City Park (314 Amulet Street, Natchitoches, Louisiana 71457). These are joined by numerous other locations that, combined, display the classic charm, natural beauty and distinct ambiance of Natchitoches. There are the horror scenes of Kris Kristofferson’s “For Sale By Owner” filmed at Cane River Historic Park’s Magnolia Plantation Complex. And the true story of the amazing talent and fortitude of the now world-renowned folk artist featured in the documentary “Clementine Hunter’s World,” was filmed at Melrose Plantation (3499 LA-119, Melrose, Louisiana 71452; 318-379-0055). The stories go on and on . . .

Located in a strategically important area as the South’s transportation systems developed, Natchitoches has always been known as a welcoming spot for travelers. Hosting movie makers who have fallen in love with this location has become a part of its culture that has allowed millions to enjoy its views on the big the screen. Today, more travelers than ever are discovering this picturesque location as a vacation spot and enjoying the trivia and nostalgia, along with the scenery and culture, of standing where movies were made.

Where to stay: Part of the appeal of a visit to Natchitoches is its unique lodging options. A host of bed and breakfasts are available, with choices to fit every need. There is also a full slate of hotels, motels and inns, from nationally known brands to local gems.

Where to eat: Louisiana’s food is central to its culture and its appeal. The dining options in Natchitoches do not disappoint. And here, there’s a special treat. This is known as home of the Louisiana meat pie, now a Southern classic!

Quail Hunting and Kayaking or Shopping and Spa-ing?